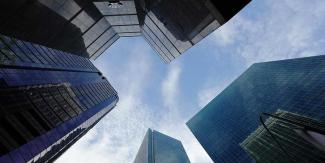 The headline inflation expectations for the year ahead dropped to 3.8 per cent in December from an 11-year high of 4.6 per cent in September, according to the latest quarterly results of the Singapore Index of Inflation Expectations (SInDEx) published jointly by SMU and DBS Bank on 16 January 2023. The report shows that Singaporeans believe that inflation is past its peak and on its way down over the next 12 months because of slowing economic growth and rising interest rates. Last month’s figure is still higher than the 3.2 per cent polled at the inception of the survey in 2011, said the SInDEx report. Director of the SMU Sim Kee Boon Institute for Financial Economics and Professor of Finance (Practice) Dave Fernandez said: “The decline in inflation expectations between the third and fourth quarters of last year finally aligns Singapore with what households elsewhere are expecting.”