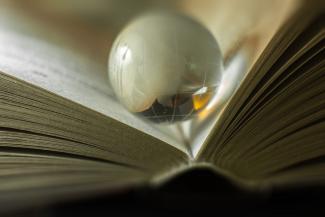 Singapore Management University’s (SMU) business school dean, Professor Gerard George, has been named a ‘Highly Cited Researcher’ in Clarivate’s list of 2020 Highly Cited Researchers™ announced today. Prof George is being recognised in the ‘Cross-Field’ category, which applauds researchers who exhibit research impact across multiple traditional fields – three out of four of his Highly Cited Papers are in the field of Economics & Business, while a fourth paper is in Social Sciences.

Prof George, who is Lee Kong Chian Chair Professor of Innovation and Entrepreneurship, had also received the accolade of ‘Highly Cited Researcher’ last year and was the first business professor in Singapore to have done so.  This second-time acknowledgement from Clarivate is certainly a testament to the significant and global influence of his research in academia.

“We are extremely proud of Prof George’s deserved recognition. His work exemplifies SMU’s emphasis on multi-disciplinary research, at the intersection of management sciences and technology, as a key driver for innovation. His research has also established the transformational role of university-industry collaboration, which resonates with SMU’s strengthened strategic focus on industry-oriented innovation,” said Professor Archan Misra, Vice Provost (Research), SMU.

Each year, Clarivate releases a highly anticipated list identifying researchers who demonstrated significant influence in their chosen field or fields through the publication of multiple highly cited papers during the last decade. This year, 6,167 researchers from over 60 countries and regions have been recognised. Their names are drawn from the publications that rank in the top 1% by citations for field and publication year in the Web of Science™ citation index.

The methodology that determines the ‘who’s who’ of influential researchers draws on the data and analysis performed by bibliometric experts and data scientists at the Institute for Scientific Information™ at Clarivate. It also uses the tallies to identify the countries and research institutions where these scientific elite are based. On his latest achievement, Prof George said, “I am honoured to be personally recognised for impactful cross-disciplinary research. This success is really due to the genius and hard work of my co-authors and collaborators. SMU Lee Kong Chian School of Business is home to exceptional faculty who bring the latest empirical evidence to guide business theory and practice. I’m humbled to be part of this team.”