Room to grow the grid

Room to grow the grid 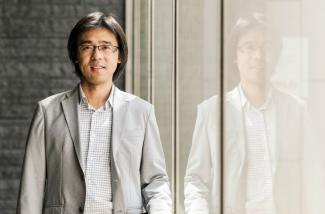 Although both formats have their merits, cul-de-sac-dominated Singapore could benefit from more grid roads like those in New York City, says SMU Associate Professor Hsu Wen-Tai.

SMU Office of Research & Tech Transfer – If you were moving at the speed of light, it would take you less than two minutes to travel the 33.5 million kilometres of road criss-crossing the surface of the Earth – assuming that you never hit a red light!

In the more realistic scenario of our everyday commutes – where we travel much shorter distances at considerably slower speeds – the time taken to get from point A to point B is influenced not just by the total length of road travelled, but also by how the roads are interconnected.

One familiar urban form is the grid plan, where the roads are at right angles to each other. The other extreme is the cul-de-sac, where major roads branch out into smaller ones, and eventually lead to dead ends. Whether a city has a grid organisation or a cul-de-sac arrangement has implications for the flow of traffic, says Singapore Management University (SMU) School of Economics Associate Professor Hsu Wen-Tai.

“I wanted to highlight the economics behind the choice between grids and cul-de-sacs, and use this framework to rethink the transportation issues we face in Singapore,” Professor Hsu explains, describing a paper he presented at the 9th Singapore Economic Policy Forum in October 2016.

The good, the bad and the economics

In a city following a grid plan, there are multiple ways to arrive at a given destination. This helps to ease the flow of traffic, as drivers can simply avoid congested routes and yet still reach their destinations. There is also less need for detours in grid form roads, meaning that drivers are always moving closer to their end points.

In contrast, drivers on cul-de-sac roads can often get stuck in main arterial roads which they have no choice but to go through in order to reach their destinations. “If your home is at a dead end, you may have to take a circuitous path from a small road to the main road, and finally an expressway. Such detours can end up taking a long time,” Professor Hsu says.

However, there are downsides to the grid as well. For example, the grid form requires more road space, as roads have to be built to form the grid even in places with low traffic, Professor Hsu explains. Furthermore, the grid’s many intersection points mean that drivers could face many red lights which slow them down, he adds.

So given these pros and cons, should cities adopt a grid plan or a cul-de-sac form? It depends, says Professor Hsu. “If you think about the economics I just mentioned, my theory is that the relative strengths of these pros and cons will play out differently in different parts of the city,” he explains.

Consider the case of a person living in the suburbs and commuting downtown. Apart from the peak hours, there is not much traffic in the suburbs. “You just need enough arterial roads for people commuting in the morning and evening. Therefore, it’s good to have cul-de-sacs in the suburbs so that you can use the space freed up for housing and recreation.”

On the other hand, there is heavy traffic throughout the day in the downtown area, with people visiting their clients or going for meetings at government offices and so on. For this reason, Professor Hsu says, grids are more suitable in the city centre.

To see if his theory would play out in real life, Professor Hsu compared Singapore and Taipei, the capital of Taiwan. Both Singapore and Taipei – taking the metropolitan area of Taipei City and New Taipei City as a whole –have similar sized populations, roughly 5.6 million and 5.9 million respectively. However, the size of the grid area in Taipei is more than six times that of Singapore’s, he notes.

“Although road connectivity does not imply speed – which depends on many other factors – this result shows that Singaporean drivers have to drive a longer distance between any two points on average, suggesting that the roads in Singapore are more circuitous,” he says.

In the same study, Professor Hsu also performed a regression analysis looking at the relationship between population density and grid prevalence in different cities around the world, and found that Singapore’s grid prevalence is relatively low.

An opportunity to grow the grid

“The question of what is the right size for the grid is very difficult to answer and beyond the scope of this paper, but these results suggest that Singapore could benefit from having a larger grid,” Professor Hsu says.

Acknowledging that it would be difficult and costly to turn existing cul-de-sac roads into a grid, Professor Hsu sees the upcoming Greater Southern Waterfront1 as an excellent opportunity to increase the size of grid in Singapore.

“The Greater Southern Waterfront is close to the downtown, making it just the right place to grow the existing grid,” he concludes.

Read more about our research