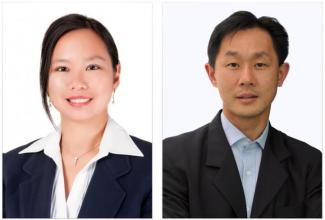 Ms Wong brings with her over two decades of experience in business strategy, human capital development and organisational transformation, having advised a broad range of companies and sectors, and served on several boards and organisations. Since 2010, Ms Wong has been Chairman for Marsh & McLennan Companies (Singapore); and from 2005 to 2013, she was Senior Partner and ASEAN Managing Director at Mercer. She is concurrently Chairman of the Board and an Independent Director of mainboard-listed Nera Telecommunications, and also sits on the Boards of NTUC First Campus and MediaCorp.

A well-respected veteran and thought leader, Ms Wong regularly shares her views in the media as well as at conferences, and has been a guest lecturer for universities in Singapore and the United States. She is an active member of the Singapore Institute of Directors, Women Corporate Directors, and the Young Presidents’ Organisation.

HCLI was set up in 2010 with the Ministry of Manpower, the Singapore Economic Development Board and the Singapore Management University as strategic partners. The Institute is positioned as a national and regional centre of excellence, with the purpose of helping organisations accelerate human capital and leadership development in Asia. It aims to develop global leaders with a strong understanding of leading in Asia, as well as to build Asian leaders with the ability to lead on the global stage. It achieves this by driving cutting-edge pan-Asian research, creating and delivering signature executive development programmes, and fostering rich networks between leaders in business, government, academia and consultancies.

Under the leadership of Mr Kwan Chee Wei, who is the founding CEO since 2010, HCLI has developed from concept to an established Institute with significant achievements.

Currently, HCLI has more than 50 worldwide partners, including leading business schools, global and regional consulting firms, research institutes and think tanks, business chambers and associations, and Human Resources (HR) associations and groups. Counting global and regional MNCs as its clients and partners, it has built a large community of senior business and HR leaders across Asia. The alumni include regional CEOs of global MNCs, and CEOs of some of the largest listed organisations in Singapore and the region.

The Institute’s portfolio of signature platforms now range from the Singapore Business Leaders Programme targeted at top-tier regional and global leaders, the Consortium Programme that connects senior leaders from multi-industries in a common learning platform, the Global-Asia Leadership Accelerator Programme aimed at growing a pipeline of emerging leaders to lead globally, to Asia’s premier human capital event, the Singapore Human Capital Summit. The Institute has also contributed significantly to Asia’s knowledge base on global leadership development, through its research projects, publications, knowledge-sharing events, and its HQAsia magazine.

SMU Provost and Deputy President (Academic Affairs) Professor Rajendra Srivastava said, “Chee Wei has been instrumental in shaping and laying the key foundation of the Institute’s first five years. We would like to express our deep appreciation to Chee Wei for his leadership and guidance in building HCLI to become a thought leader with robust efforts in accelerating and developing human capital management capabilities in Asia. As we embark on a new chapter with new leadership, we are looking forward to Su-Yen building and expanding on the excellent foundation, and taking the Institute to new heights with her wealth of experience and dynamism.”

HCLI is managed by its board that is chaired by Mr Sunny Verghese, Group Managing Director and Chief Executive Officer, Olam International Limited. Mr Verghese said, “As an aggregator of human capital leadership and strategies, this senior appointment with Su-Yen coming on board and Chee Wei handing over the reins via a thorough transition, manifests HCLI’s ethos – of bringing in the best talent and having strong business continuity plans to maximise organisational potential and accelerate growth.”

Ms Wong will join the Institute on 1 May 2015, for a three-month transition during which Mr Kwan will hand over his duties to her. Mr Kwan will officially relinquish his duties and step down on 31 July 2015.