Decision Making in an IT Age

Decision Making in an IT Age 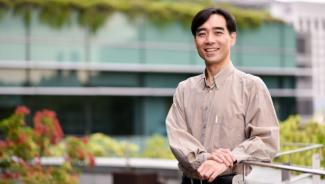 In a world awash in mobile devices, SMU Assistant Professor Kim Youngsoo is studying how information technology is changing the way we make decisions.

SMU Office of Research – Smartphones have become so pervasive that many of us cannot remember a world before them. By 2017, the total number of app downloads is predicted to exceed 200 billion annually, providing a forecasted market revenue of US$63.5 billion for developers.

Most of us use these mobile devices for communication and entertainment, but to Assistant Professor Kim Youngsoo of the Singapore Management University (SMU) School of Information Systems, these devices present a valuable research question.

An empirical economist by training, he is intrigued by how our behaviour, including the way we communicate and make decisions, is changing because of smartphones and social media. Similar to how historians record notable events for posterity, he wants to curate this IT-based evolution and analyse the socio-economic changes that are taking place along with it.

In particular, Professor Kim is interested in how IT products such as social media, e-commerce and Global Positioning System (GPS) are changing user behaviour. Take for example instant messaging apps such as WhatsApp and Line, which are becoming increasingly popular over Short Messaging Service (SMS) because they are free and convenient to use.

In one such study, he found that group messaging on these apps is a more effective communication method compared to one-to-one chat and SMS messaging. In some cases, these group messages lasted for up to three months.

“Messaging is almost like email and one-to-one chat is already available using applications like MSN. The novelty wears out after the initial period,” he explains. “But for group message, I can share interesting information with multiple friends simultaneously, thus saving time. My analysis showed that group message lasted two to three months, while the rest lasted for not more than a few weeks.”

Professor Kim became interested in online consumer behaviour 12 years ago while pursuing his PhD studies at Carnegie Mellon University. “Online shopping at that time was a hot topic,” he recalls. “We wanted to study how users were adapting to the new experience. We found that online shopping not only saved time, but the purchasing behaviour also followed a certain trend.”

By examining the transaction histories of a South Korean online retailer, he found that the number of purchases of intangible products increased as shoppers gained experience in online shopping. “If you are a first-time online shopper, the product will likely be a book, a CD or an electronic good; something you can easily evaluate before buying online,” he says. “But as their online shopping experience increases, people become more adventurous and are willing to take risks with products that are more difficult to evaluate, like shoes, clothing and jewellery.”

IT as a boon for productivity

The abundance of shopping malls in Singapore has proven to be a boon to researchers at the Living Analytics Research Centre (LARC), a joint research initiative between SMU and Carnegie Mellon University, which is funded by the National Research Foundation. At LARC, researchers conduct behavioural experiments in real-life settings, such as theme parks, malls and airports. Professor Kim has been engaged in several studies conducted at the research centre.

One of the studies that Professor Kim has conducted under LARC has benefitted taxi drivers, whose livelihoods depend on them being able to efficiently deliver passengers to their drop-off locations.

“Productivity for taxi drivers can be measured by their income, the total distance travelled, or the number of passenger trips. All of these factors are highly positively co-related,” he says.

By analysing data from a taxi company partner in Singapore, he found that across the board, taxi drivers are more likely to drive into demanding zones to find new passengers as they accumulate taxi driving experience. This zone selection behaviour increases taxi occupancy rate and passenger on board rate over a daily working hour, and accordingly their income, the number of trips, and travelling mileage.

The hardest part about working in such a fast-paced field, according to Professor Kim, is keeping up with the latest trends, such as crowdfunding and crowdsourcing. In the past, people used to run garage sales to raise funds for their projects. Today’s tech-savvy generation turns to websites such as Kickstarter.com or Indegogo to raise capital.

Having studied many aspects of daily behaviour ranging from transport to commerce, Professor Kim says he still has much more to do in his quest to understand the human mind.

“Ultimately, I want to analyse the human decision process. That is the general direction I am heading towards. It will be great if I can make a real contribution to the understanding of how human perception and the corresponding decision process have changed due to the evolving world of IT and IT artefacts,” he says.