Getting used to lab-grown food options might be necessary for Singapore's food security: SMU president

Getting used to lab-grown food options might be necessary for Singapore's food security: SMU president 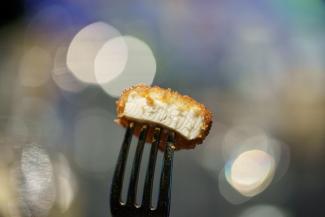 The use of alternative food sources such as laboratory-grown products might be necessary so that Singapore may not be vulnerable to supply chain disruptions that have been happening during the Covid-19 pandemic, said SMU President Professor Lily Kong. She said on Tuesday (Aug 2) that people must get used to this idea of alternative food, just as they did when Singapore first decided to purify wastewater and turn it into drinking water as one of the means to address water security. Prof Kong, who specialises in social-cultural and urban geography, is also the Deputy Chairman at the Housing and Development Board. She was responding to a question about her views on Singapore’s self-sufficiency and food technology plans, speaking as a panellist during a World Cities Summit session titled, “What does the future hold for cities?” Earlier in February, SMU said in a news release that two of its staff members were working on a cell-based food project. SMU announced that Associate Professor of Communication Management (Practice) Mark Chong and Professor of Psychology Angela Leung had received funding from the Ministry of Education to research and identify the most effective messages to foster public acceptance and adoption of alternative proteins as a food source.