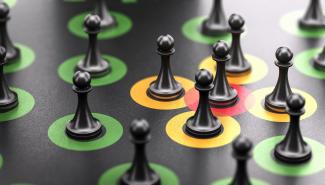 With the launch of the TraceTogether (TT) mobile app on March 20, 2020, Singapore became the first country to deploy a digital contact-tracing tool nationwide while the world was fighting the raging SARS-CoV-2 virus. Chan Cheow Hoe, the Singapore Government’s Chief Digital Technology Officer and Deputy Chief Executive of the country’s Government Technology Agency (GovTech), the agency that built the TT app, explained that there were three ‘secret sauces’ that had enabled the rapid deployment of the app: “a bimodal organisation structure, cloud infrastructure, and the Singapore Government Tech Stack”.

In Singapore, contact tracing, the process of identifying people who were exposed to a COVID-19 patient began on January 23, 2020, the same day that the city-state detected the first imported COVID-19 case. With a population density of more than 7,000 people per square kilometre, Singapore was among the top 10 most densely populated countries in the world, making the city-state highly susceptible to infectious disease transmission.

Chan, in his dual role as GovTech Deputy Chief Executive and Government Chief Digital Technology Officer, oversaw the product management, development, and delivery of digital government services in partnership with government ministries and agencies. It was challenging running a bimodal organisation, which Chan likened to managing two diverse groups such as classical pianists and rock-and-roll musicians. “To get them together to run a coherent organisation is a challenge, and it remains a challenge until today”, Chan acknowledged.

Bimodal is the practice of managing two separate but coherent styles of work: one focused on predictability; the other on exploration (Gartner, 2020). By Gartner’s definition, Mode 1 is optimised for areas that are more predictable and well-understood, while Mode 2 is exploratory, experimenting to solve new problems and optimised for areas of uncertainty.

Chan observed that due to the nature of their work, the people operating in Mode 1 had very strong domain knowledge and understanding of user needs. In contrast, the teams in Mode 2 did not have similar experience. Chan managed to find ways to channel Mode 1 teams’ knowledge into the problem-solving process that contributed to Mode 2’s app development efforts (which was to demonstrate new ways of using IT and related digital technology). The initial small team of seven software developers assembled by Chan to form Mode 2 soon grew to about 20 by end-2014.

In 2015, a central, shared pool of over 100 software engineering talents, including the initial team, was formed to serve the IT needs of government agencies. This team eventually became the division called Government Digital Services (GDS). The mission of GDS  was to deliver innovative digital services on websites and mobile apps to the public. Supporting the delivery of digital services was cloud computing and tech stack infrastructure.

Once the first COVID-19 case was reported in Singapore on January 23, 2020, the GovTech GDS team, led by Jason Bay, Senior Director at GovTech, raced against time to build the TT app, commencing work on the very same day. Joel Kek, one of the first GDS employees to respond to Bay’s call for volunteers, created a proof-of-concept by getting two mobile phones to exchange Bluetooth signals. That initial success subsequently led to the next steps of experimenting with multiple handsets and message encryption.

Tapping on Bay’s extensive network to solicit help from experts in the public and private sectors, the team overcame numerous obstacles to roll out the app on iOS and Android devices on March 20, 2020. Despite the challenges in bringing all these different parties together, Bay managed to gather the much-needed resources for a highly compressed project schedule through his extensive professional networks and personal connections.

“We had to put together all the different pieces of the puzzle to build TT. I think people saw COVID-19 as an unprecedented crisis and they immediately recognised the need to come together to work on this audacious goal of trying to build TT in the shortest possible time,” said Bay.

After the TT app’s launch, the team continued to pivot, experiment, and further refine the app’s functionality. Version 2.0 of the TT app was released three months later, followed by the distribution of the TT token, a wearable device that had similar functions to the app but did not require a mobile phone. After the initial release, a steady stream of version updates was released to improve its functionality. Subsequently, TT also became integrated with SafeEntry (SE), the national digital check-in system.

By June 2020, 1.8 million people, or about 25% of the Singaporean population, had downloaded the TT app. But the adoption rate still fell short of the 75% target that the government had set for TT to be deemed effective. The TT tokens were viewed as a plug that could help fill that gap. At the end of that month, the first batch of the Bluetooth-enabled wearable device was distributed to 10,000 vulnerable elderly. Subsequent rounds of distribution to the broader public continued in September 2020. Uptake of the tokens accelerated soon after the government made an announcement on 20 October 2020 that it would be mandatory to use the TT app or token to enter public venues with high footfall by end of the year. In December 2020, Gartner named TT as the Asia-Pacific winner of its 2020 Government Eye on Innovation Award, which recognised “noteworthy public sector initiatives that advance the progress of digital government”.

In May 2021, Singapore was swept by a new wave of COVID-19 infections caused by the Delta variant. The country shifted into a Phase 2 (Heightened Alert), with tighter measures to minimise community transmission. Safe management measures, along with contact tracing, testing and vaccination programme, continued to play a vital role. “Along with our use of digital tools, such as the TraceTogether and SafeEntry programme, these measures will enable us to quickly identify and draw wide rings around cases and their close contacts”, stated the Singapore Ministry of Health.

In August 2021, Singapore’s multi-ministry task force declared that the country was preparing to become a COVID-19 resilient nation, moving towards ‘COVID Resilience’. Two months later, in response to the requirement to verify COVID-19 test status and vaccination status, the TT app was updated to display green and white passes; the green pass would show vaccination and test statuses to facilitate the check-in process while the white pass would denote non-vaccination or unclear test status.

Prior to COVID-19, GovTech would not have anticipated the urgent need to support the nation’s effort in combating an unprecedented pandemic. Neither could they have planned to deliver apps and systems (such as TT, SE and others), and yet they responded quickly in an agile manner.

Reflecting on the situation, Chan said: “We are ready to take on the challenges as we go forward. GovTech has shown over and over again that we will be able to overcome challenges because of the foundation we have built in the past years. We already had a Mode Two team in place. We have cloud and tech stack too. These three elements allowed TT to be developed very quickly. We were very lucky to be able to build up these capabilities and supporting infrastructure before COVID-19 started.”

This case study, written by Wong Yuet Nan, SMU Adjunct Faculty; Steven Miller, SMU Professor Emeritus of Information Systems; and Dr Cheah Sin Mei, Assistant Director at The Centre for Management Practice (CMP) at SMU examines the utilisation of the concept of a bimodal organisation for building a Mode 2 organisation for exploratory software development, as well as the application of a transformational leadership style for leading organisations during uncertain times.