The Rise and Demise of Airbus A380

The Rise and Demise of Airbus A380 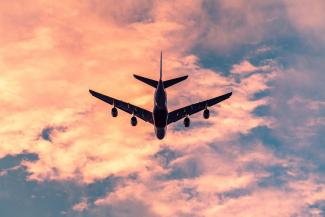 Developed as a strategic tactic by Airbus to compete with Boeing in the very large aircraft market space, the Airbus A380 aircraft possessed the forceful, unwavering presence of a giant predatory bird. With its enormous wings, spacious interior and broad domed crown, the aircraft was truly an engineering feat.

However, when the airline industry witnessed diminishing demand for very large aircrafts, sales of the A380 declined and Airbus decided to halt the production of the aircraft from 2021. Said Airbus CEO Tom Enders: “It's a painful decision. We have invested a lot of effort, a lot of resources and a lot of sweat into this aircraft. But, obviously, we need to be realistic. With the decision of Emirates to reduce orders, our order backlog is not sufficient to sustain production.”

The motivation for the A380 was rooted in Airbus’s history, and its vision of competing with American aircraft manufacturers. After World War II, American aircraft companies like Boeing and McDonnell Douglas had become the leading providers of jet airliners in the world. European airplane manufacturers, who had produced some of the world’s best passenger aircraft and pioneered commercial jet travel, felt threatened, and were worried that they would end up as sub-contractors to American manufacturers. To compete with the American manufacturers, ministers from France, Germany and Britain formed a joint consortium named Airbus in July 1967.

Between 1992 and 1997, the aircraft industry saw major consolidations, and smaller manufacturers were forced out of the market. Airbus emerged as Boeing’s biggest competitor and both firms continued to add new models, becoming the two dominating players of the industry after 1997. Boeing had seen huge success with its very large aircraft B747, which became the company’s cash cow between 1970 to 1992. Airbus felt that the very large aircraft market had potential, and Boeing’s B747 was mainly successful because of its monopoly. “If Airbus Industries was to become a real global player, the 747 monopoly would have to end,” noted Jean Roeder, a senior executive at Airbus. “Airbus was making efforts at this time to get 30 percent of the market, and we thought that this just would not be possible in the long term if we did not get a complete set of aircraft in our program.”

In 1994, Airbus launched the very large “super-jumbo” A3XX aircraft project, following which it saw a swift growth in its market share. By 1998, Airbus had clinched 52% of the market for new aircrafts and received 556 firm orders. In 2001, the A3XX’s aircraft design was finalised, its production process implemented, and the model name A380 revealed.

By 2010, Airbus had seen some initial success for its A380, with 189 orders and 41 deliveries, and positive responses from some of the key hub airlines in Asia like Emirates and Singapore Airlines (SIA). However, despite the promising sales performance, some market trends became increasingly unfavourable towards it.

Airbus had anticipated that the economies of China and India would expand rapidly, and consequent passenger growth and volume demands among hubs in Asia would force airlines to consider using larger aircrafts. However, increased congestion of about 60% at hub airports in Asia had started to show up as early as in the late 90s, especially in Hong Kong, Taiwan, and Japan, and many airlines had started to explore point-to-point routes with smaller aircraft.

The demand for very large aircrafts in the market started to fall by 2010. Airlines that initially favoured big hubs such as Singapore and Dubai began to offer more direct flights from a significant number of middle-sized airports. Most importantly, the 2008 economic crisis had seriously cut into the growth in air traffic, and while some growth had returned a year later, the market was smaller than expected, making it harder to fill a 550 seat wide-body aircraft.

Besides, airlines had to sometimes balance between upgrading old planes and purchasing new planes, and it became very costly for them to upgrade cabins for large aircrafts when the planes aged. They realised that compared to large aircrafts like the A380 and B747, smaller models were more feasible for meeting consumer demand and adapting to changing market conditions. In 2016, SIA decided not to extend its leases on its early batch of the A380 aircrafts, reducing its order total from 24 to 19 airplanes. In February 2019, Emirates cancelled its order for 39 A380 planes, opting to replace them with smaller (A350 and A330 Neo) planes. Amidst such negative market sentiments, Airbus decided to close the production of the A380 by 2021, thereby ending its super-jumbo dream project.

Set in July 2021, this case describes the high-stake decision behind the development of the A380 and how it fared after its launch. It also elaborates the duopoly between Boeing and Airbus, which together accounted for 91% of the commercial aircraft market share. The case ends with forward-looking questions on what strategies Airbus could implement after the demise of the A380, to compete with long-standing rival Boeing and new entrants like Chinese aircraft manufacturers, in a cut-throat market with environment friendly planes as the new battleground. The case is written by Geng Xuesong, Associate Professor of Strategic Management, Singapore Management University (SMU) and Lipika Bhattacharya of the Centre for Management Practice (CMP) at SMU.