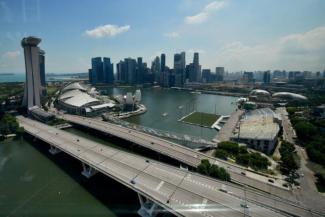 According to a study led by the Switzerland-based University of St Gallen and SMU, Singapore's elites create the most value compared with their counterparts around the world. There has been a jump in the Elite Quality Index's coverage – from 32 countries, when it started last year, to 151 this year – as well as the number of indicators measured – from 72 to 107. The study's results, released on Monday (May 24), are designed to be useful for business and political leaders to understand how their actions affect the rest of society. Writing on Singapore's scorecard, SMU Associate Professor of Political Science Christine Dunn Henderson, wrote that how Singapore retained its top position merited closer investigation to understand what components of its success might be adapted by other countries. She also noted that despite the high availability of venture capital, its relatively lower levels of entrepreneurship suggest that its entrepreneurial culture could be improved.