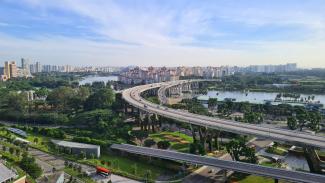 Established in 1836, Schneider Electric began operations in the steel and machine industry before entering the electricity market. It had positioned itself as the global specialist in energy management and automation by the 21st century. The firm’s business would continue to change, driven by megatrends such as urbanisation, industrialisation of new economies and digitisation of industries and society. These had put in motion a significant transition of the energy world, boosting electricity consumption while driving the decentralisation and decarbonisation of energy generation.

Schneider Electric conducted business in Europe, North America, Latin America, Middle East and Africa and Asia Pacific, of which the region with the quickest rate of development was Asia Pacific. Within that, the China and India markets were designated as standalone markets while East Asia & Japan (EAJ), was managed as a single administrative region. The EAJ administrative region was a heterogeneous grouping that included 14 different countries. Many countries in Southeast Asia had about half of their populations residing in urban areas. These populations would continue to grow in in the coming decade, and further investments in urban infrastructure development were required. Schneider Electric’s business exposure in emerging markets had risen from 18% in 1998 to 42% in 2018. Its people footprint in Asia Pacific had risen from single digits at the turn of the century to 31% in 2018.

Tommy Leong, Zone President, EAJ, of Schneider Electric explained, “The real centre of gravity for growth is South East Asia, which includes Thailand, Vietnam, Myanmar, Cambodia and Indonesia. And Singapore is right at the heart of this. Physically, in geographical terms, it is right there. Connectivity too is great. Singapore is also one of the most advanced in terms of government support, tailoring their support based on the requirements.”

In 2011, Singapore, which had hosted the company’s sales and production facilities since 1973, was chosen to become its EAJ headquarters. In 2018, it decided to consolidate all Singapore business entities under one roof. The government ensured a smooth transition by acting like a partner and was readily available for consultations on how the regional market was progressing. Elaborating on the choice of Singapore as the company’s headquarters in 2018, Tricoire said, “We chose Singapore as our regional hub because it's a very efficient platform for us at Schneider, and because we feel very aligned with the agenda of Smart Nation… It’s one of the major control towers on the global scale for our supply chain, and it’s our research and development centre for data centres and digitisation, as well as Industry 4.0.”

This case is written by Arnoud De Meyer, University Professor and CW Chan of the Centre for Management Practice (CMP) at Singapore Management University. The case examines the key features a firm would consider when setting up a regional HQ and selecting a location, as well as understanding the factors in building a business ecosystem to provide complex solutions to clients.