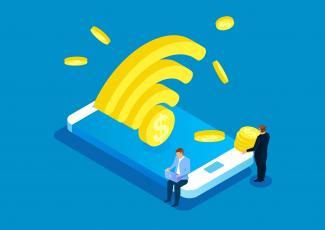 According to the World Bank, “Remittances are a lifeline to low- and middle-income countries and an effective way to alleviate poverty because they go directly to families.”

A fintech outfit on a mission to disrupt the traditional remittance industry was Nium, founded in 2014 by Prajit Nanu and Michael Bermingham. The two friends were confident that they could give the banks and brick-and-mortar money transfer operators a run for their money by offering low transaction fees, zero-margin on foreign exchange rates and fast speed of settlement. They saw a huge potential to unravel the difficulties posed by incumbent institutions, which were entrenched in practices of charging high agent fees with inflated foreign exchange spread, slow processing due to multiple intermediaries, and at times, the bureaucracy that caused more inconvenience to customers.

Nium quickly gained speed in attracting investors. Within a short span of four-and-a-half years, the company had amassed US$59.5 million to become one of the fastest-growing digital remittance company in Southeast Asia. Its rapid growth stemmed from its offerings that squarely addressed challenges besetting prevailing modes of money transfer – high-margin foreign exchange rates, hidden transaction fees, and slow transfers.

The value proposition that propelled Nium’s impressive growth was simple, yet something that the banks could not offer at that time. Bermingham, or Mike as he was known, noticed how incumbent banks were struggling to keep up with the fintech revolution. He commented, “For example, to send money from Australia to Singapore, Nium can process the transaction in seconds, while the banks can’t do that. They simply can’t keep up with that.”

Being a lucrative industry worth half a trillion dollars, remittance had attracted the attention of many non-financial companies that wanted a piece of the pie. On facing the threat from new market entrants, Mike spoke confidently of beating the competition, and even reversing competition into potential partnerships.

“A lot of competitors like Grab are coming into the market, which is fine. They will eventually face the challenge of getting the licenses to operate in different countries. We will reach out to them instead,” he said. “Here in Asia, we are one of the largest (digital remittance) service providers, and we do it faster. We have a lot more global reach, and we have been in the market longer. So when the competition comes, it creates an opportunity for us.”

In terms of geographic expansion, Nanu said, “We have recently issued two more licences – in Japan and Indonesia. Once the business in these countries is operationalised, that will be another big thing.” He also saw the opportunity for yet another new product line in Indonesia and the Philippines (another sizeable inward remittance market in Southeast Asia), where transacting cash over the counters of brick-and-mortar money transfer operators was a common sight.

“Today, we are only offering bank-to-bank services, that is, from one person’s bank account to another. Another way of expansion could be starting bank-to-cash services as well,” he said. “So the Philippines is one country where we can start. There’s a very high dependency on cash and most people don’t have bank accounts. The same goes for Indonesia.”

Nium looked poised for remarkable growth. Given the many challenges that Nium faced, how could the start-up overcome them and what would its growth trajectory be like in the near future?