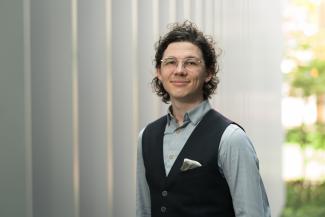 While most investors focus on the hard numbers when reading a company’s annual report, new research shows that what is discussed in the text of such documents is a better indicator of whether any intentional misreporting has occurred.

The study found that while quantitative financial information is useful for uncovering such misreporting, examining information about what companies discuss in the text in their disclosures can improve such detection by up to 59 per cent.

“Our results suggest that the topics discussed in annual report filings and the attention devoted to each topic are useful signals in detecting financial misreporting,” said Singapore Management University (SMU) Assistant Professor of Accounting Richard Crowley, who conducted the study with Nerissa C. Brown, Associate Professor at University of Illinois, and W. Brooke Elliott, Ernst & Young Distinguished Professor, also from the University of Illinois.

The researchers used a machine learning technique to develop an algorithm that could assess whether the thematic content of financial statement disclosures is incrementally informative in predicting intentional misreporting.

“As such, even though the financial information is incorrect, it can be very difficult to tell just by looking at the financials. Instead, our results suggest that a more holistic approach, incorporating both textual components and financial components, is best for detecting more serious instances of financial misreporting.”

The study cited two well-known examples of corporate malfeasance in the US to demonstrate the ability of the financial disclosure text to reveal efforts to mislead investors. One involved energy company Enron, which was embroiled in an accounting scandal that eventually led to its bankruptcy in 2001, the largest in US history at the time.

The researchers observed that in 1999, Enron management discussed year-on-year increases in income far more than most companies; enough to place it in the 98th percentile for the year.

“This is one of the biggest red flags that year for the firm, in what would eventually lead to one of the largest cases of misreporting in US history. Interestingly, as the misreporting began to unravel in 2000, Enron switched its disclosure behaviour to focus away from discussing increasing income, dropping to just the 2nd percentile. One explanation for this may be a deliberate effort by Enron executives to distract from their manipulated earnings,” explained Dr Crowley.

In another case, American jewellery retailer Zales had improperly classified its television advertising costs from 2004 to 2009. The misreporting algorithm was able to classify Zales as one of the most likely firms to have been involved in misreporting at that time, placing it at the 97th percentile across all firms examined in each year from 2005 onwards.

The primary measures that contributed to this were related to Zales’ disclosures on “media and entertainment” and “digital technology and services”, which were discussed far more than would be expected for a firm in their industry. When the researchers conducted a manual review of the textual disclosures picked up by their model, they found that these discussions were largely focused on marketing and advertising expenses.

Benefits for regulators and investors

According to Dr Crowley, regulators will be able to use the research findings to offer a better way to analyse companies’ annual reports when looking for misreporting or compliance with accounting rules and regulations. “Like any algorithm in a complex setting, it will not tell them exactly which firms are misreporting, but it helps to better direct resources to investigate companies that are a higher risk,” he said.

Investors, meanwhile, can use the algorithm to try to avoid companies that may be reporting misleading information. This is important as companies involved in more severe cases of misreporting are likely to experience a significant decline in their stock price.

Hard to game the system

One interesting feature of the algorithm is its ability to adapt as companies change what they discuss over time. As such, the types of discussion that are deemed by the algorithm to be relatively safe one year, may be deemed as reflecting an increased risk of misreporting in the next year, simply because companies have changed how they discuss various issues over the years.