Singapore in the global value chains

Singapore in the global value chains 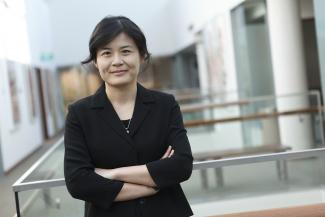 The disruption of global supply chains has been in the spotlight in the past year as a result of the US-China trade dispute and, more recently, the outbreak of the highly contagious Covid-19. These disruptions have been exacerbated by the increasing fragmentation of manufacturing in the last three decades, with the various stages of the production process being located in a growing number of countries; resulting in the creation of what is known as global value chains (GVCs).

The iPhone’s GVC, for instance, starts with its conception and design in California, with high-tech components being made in Japan, Korea and Germany, among other countries. Apple’s smart phones are then assembled in China by Taiwanese companies before being exported around the world.

For a country such as Singapore, which is limited in natural resources and size, having a high level of GVC trade allows it to focus on niche production processes or tasks that it has the strongest comparative advantage in.

A Singapore Management University (SMU) study showed that although Singapore has had a very high level of GVC trade since 1995, its unique status has become gradually diluted over the years. In particular, East Asian economies such as Taiwan and Korea have made great strides in this direction, the research by Associate Professor Chang Pao-Li from SMU’s School of Economics and Phuong T. B. Nguyen, Postdoctoral Research Fellow from SMU’s Lee Kong Chian School of Business found. In total, GVC trade typically accounted for 55-60 per cent of Singapore’s gross exports from 1995-2015.

The discussion of GVCs comes at a critical time for Singapore as the ongoing US-China tariff war has raised concerns about its impact on the world’s trading system. The trade dispute could potentially destabilise the global production network and trigger a re-configuration of the value chains.

In 2015, imports originating from the NAFTA (North American Free Trade Agreement) region received by Singapore were quite diversely intermediated by several countries, and not heavily concentrated in China. As such, Singapore’s “backward linkages” are less likely to be disrupted by the Chinese tariffs against the US, explained Associate Prof Chang. However, about 20 per cent of Singapore’s domestic contents destined for NAFTA countries – or its forward linkages – were intermediated by China. Thus, a “non-negligible” share of Singapore exports is likely to be hit by the US tariffs against China. Nonetheless, this is still much less than the potential impact on the forward linkages of Japan (27 per cent), Korea (50 per cent), and Taiwan (60 per cent), for whom China is a key downstream intermediary of their domestic contents destined for the NAFTA market.

Said Associate Prof Chang: “Singapore’s forward linkages are likely to face more challenges from the trade war than its backward linkages. Meanwhile, the fallout from its neighbouring Asian exporters through the GVC connections is likely to cause significant threats.”

Singapore’s position in the value chain

The SMU study also determined that Singapore was located at the lower end, or at the more downstream portion, of the GVC, compared to the US and Japan; and had a similar level of “donwstreamness” as China.

“We may regard the ratio of foreign contents in a country’s GVC trade as its relative downstreamness in the GVC. In other words, a country is considered relatively downstream if its GVC-related gross exports consist relatively more of backward linkages than forward linkages,” explained Associate Prof Chang.

She noted that a dominant proportion of Singapore’s exports involved in GVC trade comprises foreign contents. This partly reflects Singapore’s limited natural resources. To produce goods for exports, the city-state needs to import a high proportion of foreign inputs and raw materials. At the same time, Singapore has a strong comparative advantage in service sectors such as wholesale and retail, transportation and storage, and other business services, which tend to be provided at the end of product value chains.

Associate Prof Chang said that there is no “definitive winning position” in the GVC, although it might appear to be preferable to be located upstream. Countries located upstream can be those endowed with abundant natural resources and primary commodities, such as Brunei and Brazil, or very differently those with leading technology capacities in product design, R&D, and key intermediate inputs, such as Japan and the US.

“As the economy matures, Singapore is likely to gradually move towards both pre-production and post-production value-added activities, which may not translate into a definitive upward move of its position in the GVC on aggregate.” At the industry-level, however, the SMU study did observe significant upstream movements in some Singapore sectors, for example, in computer, electronic and optical equipment, as well as in motor vehicles, and rubber and plastic products.