A smoother channel for settling disputes

A smoother channel for settling disputes 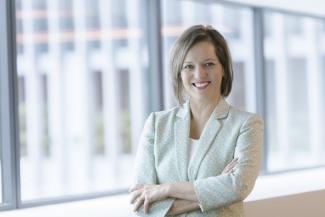 As the profile of businesses engaged in disputes is now more diverse than ever – including start-ups, small family businesses, women and young entrepreneurs, as well as large corporates – there is a need for dispute resolution mechanisms that are culturally responsive as well as internationally robust.

According to Nadja Alexander, Professor at Singapore Management University (SMU) School of Law, mediation is one mechanism that offers a flexible and confidential forum for businesses to resolve their differences in an effective and efficient way. Mediation is a structured process where an impartial third party assists disputing parties in resolving commercial conflict through the use of specialised techniques.

Interest in mediation to resolve cross-border disputes has increased dramatically in recent years due to increasing access to the Internet and the growing number of smaller enterprises doing business internationally. Businesses of all sizes are also turning to mediation because other forms of dispute resolution, such as arbitration and litigation, can be inflexible, as well as expensive and lengthy processes.

In a recent study, Prof Alexander identified some of the top trends impacting the nature and practice of international mediation. For instance, mediation is being combined with arbitration and other forms of dispute resolution in what are referred to as mixed mode mechanisms. Examples of such mechanisms include the Arbitration-Mediation-Arbitration (AMA) Protocol developed by the Singapore International Mediation Centre (SIMC) and the Singapore International Arbitration Centre (SIAC).

“This has made it easier for businesses to insert mixed mode dispute resolution clauses in their commercial contracts well before any dispute arises. This makes a lot of sense as it’s generally easier to agree on a method for managing conflict before it happens. Of course, the AMA protocol can also be used by disputing parties after a dispute has arisen, provided all parties agree to its use,” explained Prof Alexander.

The surge in international mediation has also accelerated the need for good governance structures. In August 2019, 46 countries came together to sign the first United Nations treaty on mediation called the Singapore Convention on Mediation. The Convention offers an international legal framework that facilitates the recognition and enforcement of mediated settlement agreements across national borders. The number of signatories has since grown to 51 and continues to grow.

“The Convention will have a significant impact on how businesses decide to resolve disputes and, beyond that, on trade and investment flows. It will promote investor confidence in the use of mediation within regional developments such as the Belt and Road Initiative, and enhance the attractiveness of online mediation initiatives that support commercial justice for micro, small and medium enterprises in cross-border disputes,” said Prof Alexander.

The study also identified the increasing use of technology in mediation as another significant trend, with digital solutions such as artificial intelligence facilitating a move towards online dispute resolution. Meanwhile, private international dispute resolution hubs that facilitate effective mediation services are also on the rise.

These and other trends in international mediation are having an impact on the role that professional advisors, especially lawyers, play in advising their commercial clients who are caught up in disputes. This has led to a new legal specialisation called mediation advocacy.

“Assisting commercial clients in mediation involves a significant paradigm shift for trial lawyers, in particular. It’s about helping clients make smart business choices to sort out their differences and get on with their future. At the same time, they need to recognise that mediation is a client-centred negotiation; it’s not about winning a legal case,” said Prof Alexander.

While many large corporations are already using mediation, numerous SMEs are unaware of the opportunities this mechanism offers to solve problems in a cost-effective manner. With the Singapore Convention, mediation will become an attractive option for smaller businesses.

Technology is also bringing down the cost of using this process to settle disputes. “Mediation doesn’t have to be expensive, it doesn’t always have to involve lawyers, and a lot can be done online,” said Prof Alexander.

Meanwhile, as businesses increasingly look for greater certainty in managing their risk, Singapore offers a dispute resolution eco-system that is both robust and flexible, she noted.

“Singapore plays a leadership role as a mediation-friendly venue, in addition to its reputation as an international hub for arbitration and litigation.”