Persuading the crowd to back your innovation

Persuading the crowd to back your innovation 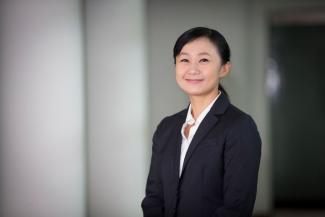 If you’ve ever wondered how to design the pitch in your crowdfunding video, a new study from SMU may have the answer for you. Recent research by Associate Professor Hannah Chang from SMU’s Lee Kong Chian School of Business shows that having more than one person communicate your new product innovation helps persuade consumers to fund your entrepreneurial venture. Prof Chang calls this phenomenon the “voice numerosity effect”. The effect is more pronounced if the information provided in the pitch is not overly complex; when the audience is not distracted and can process what is being said in the video; and when those listening to the pitch “enjoy thinking”.

These findings were established through a series of experiments and real-world Kickstarter data, involving video pitches on the crowdfunding platform. Several experiments studied audience reactions to videos under varying conditions, while another study used recent advances in deep learning models to analyse all product pitch videos on Kickstarter since its inception in April 2009 till February 2017.

These models – which leverage machine learning and natural language processing technology – were used to measure the number of speakers in each video, transcribe the audio in each video, and analyse the visual information presented in the video.

Businesses can use the research findings to improve their product pitches and increase the amount of funding they garner, says Prof Chang. For example, if the product is something that is relatively simple to understand, such as is the case with continuous innovations that are often introduced to the marketplace, then it would be better to have it described by multiple communicators.

This also applies to advertisements. For instance, Honda’s 2017 Super Bowl commercial, “Yearbooks”, featured no less than nine celebrities. Likewise, online political campaigns in the United States often showcase multiple American voters advocating for one candidate; whether it was Barack Obama’s presidential campaign advertisements “It Begins with Us” and “Main Street” in 2012, or Hillary Clinton’s “Getting Started” in 2016. Previous studies have shown that people tend to like messages with multiple speakers because they pay attention to the message each time a new speaker appears.

However, if the product or service being hawked is something more complex to understand, such as is the case with disruptive innovations, then it would be better to have it described by just one communicator. This is because having multiple speakers deliver a spiel on a complex topic reduces the audiences’ ability to process the information. On Kickstarter, for instance, product-pitch videos usually cover a wide range of topics such as the features of a new product, the management team, and post-purchase service, thus leading to a more “complex information environment”.

“This suggests that people might not be able to take advantage of more information beyond a certain threshold. Empirical findings show that when people have too much information, they can experience information overload, leading to counterproductive outcomes,” explains Prof Chang. Such outcomes can include increased confusion, delay of decision making, decreased motivation to choose, and reduced consumption quantity. “Our findings suggest that having multiple communicators present information about a new product can enhance persuasion or funding under certain conditions,” she says.

Communicating effectively in the modern marketplace

Earlier studies failed to completely capture the voice numerosity phenomenon because they were conducted in laboratory conditions and looked at simpler information environments. For example, one early study asked participants to evaluate a restaurant based on four pieces of information: “fast dining service”, “high quality cheese”, “free soft drinks with each order”, and “reliable home delivery”.

In the real-world, however, consumers often consider products based on more comprehensive information. In the modern marketplace, new products are often presented using various media, including text, audio, and video. The SMU study used real-world data and a substantially larger sample, enabling the research team to quantify the substantive economic consequences of the voice-numerosity effect.

Says Prof Chang: “Digital technology has transformed the marketplace and brought about new behavioural phenomenon, such as online crowdfunding and the popularity of product videos. There is an emerging area of research that started to look into these new contexts enabled by digital technology. These studies usually are more descriptive in nature, rather than pinpointing the causal behavioural mechanisms and the psychological processes underlying consumer behaviour. Therefore, prior studies stop short of offering prescriptive advice to entrepreneurs and crowdfunding platforms. By studying the psychological underpinnings of consumer behaviour – the building blocks of market demand for new product innovations – we aim to generate practical and actionable insights for today’s businesses and entrepreneurs.”

Listen to the podcast on this topic: